When the virus is finally beaten the business landscape may look very different.

It’s been almost four months since the country, and the world, has been rocked by a pandemic not seen in the lifetime of most people. The virus rose very quickly to prominence and caused a major shake-up of the way we all work, play, shop and live. There’ll be huge ramifications for many years to come on just about every aspect of life in the developed economies.

We’re all acutely aware of how the virus has affected us personally. But in this article I’d like to view the ramifications of it through the lens of some research done back in 1979 by Michael Porter at Harvard Business School. Porter devised a way of analysing a business by looking at Five Forces which act on it: the threat of new entrants, the power of buyers, the power of suppliers, the rivalry in the industry and the threat posed by substitute products. It’s this last one that I want to use to make some bold predictions of the future of the economy that may have been forced on companies by the coronavirus.

The threat of substitution comes from your customers finding a different way of doing what you do for them. In the case of the virus, various government regulations and lockdowns have compelled consumers to find different ways of doing things. I want to briefly investigate five industries that may be profoundly changed by the threat of substitutes brought about by the pandemic. 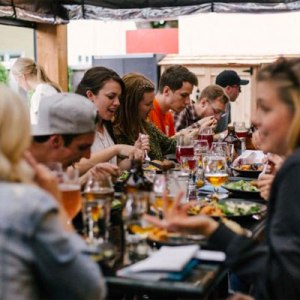 Cafés, food shops and restaurants have been effectively closed for months. People have learned a new skill: cooking for themselves. They’ve learned that it’s not that hard to create a tasty meal at home for a fraction of the cost of eating out. Home-cooked food is healthier, can have more variety, can bring families closer together and can save a lot of money. Sure, there’s plenty of things that a home cook can’t do but with the lockdown pushing people into the kitchen many have learned new skills, and may be compelled to improve them further. This could be a big issue for many local restaurants which will now have to compete against substitute meals cooked at home. Why get a steak at a pub for $30 when you can make one at home for around $6?

Judging by the queues at Dan Murphy’s, people like to have a drink. With local pubs closed there was nowhere else to venture but to the bottle shop. And people certainly did venture there. One thing I’m sure many people realised was that, for the price of a pint of beer at the local hotel, you can buy about four cans of beer at an off-licence. That’s a huge cost differential just to be served a drink in a glass. And yes, there’s a large social element to meeting at the local pub but for the cost-conscious the saving from staying home is material. And a big bonus is that you don’t have to get home afterwards: you’re already there! Pubs will have some hard work and maybe some margin shedding to do in order to bring back customers.

It’s possible that all the home cooking and backyard drinking has put people off gyms completely. 13 weeks away from exercise could be the end of a fitness regime for many. But those who maintained their exercise routine while the gyms were closed might just have found that their monthly subscription fee was better spent on some cheap equipment that could be used around the home or in the local park. Others may have learned that the treadmill, while it does have a TV and iPod connection, isn’t as much fun as pounding the pavement in your local area. My gym has halved fees during the reintroduction period but they’re going to have to do more than that to regain the level of attendance they once enjoyed. The convenience of your own backyard or local park, compared with making the trip to the gym, may be hard to overcome. 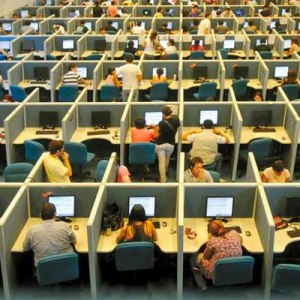 Early in the pandemic the sales teams at Officeworks and JB HiFi could barely keep up with demand as the home-office fit outs began in earnest. Office workers now do everything they used to do from the comfort of their home and, if some recent surveys are any indication, many aren’t keen to revert to the daily commute to the city any time soon. As the virus seems to be recurring in some places, any return to normal would seem to be a long way off. So what is in store for city office space? The cube farm has been replaced by the home office, delighting workers but doubtless worrying a few commercial property executives who may be wondering how much space will be required by firms when their leases come up for renewal.

There was a time when the Melbourne-Sydney route was among the busiest in the world with over 54,000 takeoffs (and landings!) a year. Now Virgin is broke and Qantas is slashing staff. The majority of travel was there-and-back business travel. Coronavirus put a stop to that and the face-to-face meeting has been replaced by the videoconference. The savings to firms have been massive with one organisation I know of slashing their travel bill by over 90%, saving nearly $17,000,000 per year. How can the airlines compete with that? The productivity increases for firms from not having staff away from the office for a day to attend a two-hour meeting, on top of the flight costs, are unbelievably large. After sustaining the revenue attack from the virus, airlines will be hard-pressed to lower costs enough to entice business travel back to anywhere near the level it was before COVID.

History as a guide

Back in the 1930s the Dupont company was the first to successfully create and sell fully man-made fibre and the market for nylon was born. Very quickly demand for natural silk was decimated and by the late 1940s the market for silk hosiery was almost entirely replaced by nylon. This is one example of the power of substitutes on a company’s fortunes.

Will we see a similar game of substitution play out in the wake of the coronavirus pandemic of 2020? While the use of the alternatives I’ve mentioned was driven by necessity, one of the prime motivators that will help to maintain their use is the considerable cost savings to be had by not reverting to the original product.

Just as nylon cut the cost of silk and vinyl cut the cost of leather, the substitutes for restaurants, pubs, gyms, offices and air travel have put more money back in consumers’ pockets. And with the economy in its current state, it might be impossible to get that money out again.