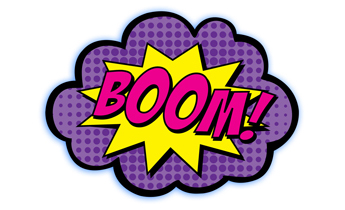 Look out for sensational headlines

I read an article in the paper recently touting a celebrity success in the Sydney property market. She was making the most of the “surging market” and selling one of her investment units in a waterside suburb.

I’m all for making money on investments; that’s pretty much the objective of investing (although not always the actual outcome). Our budding property baroness had “pocketed more than $800,000” after only 5 years having paid $740,000 originally. So she’d “pocketed” maybe $60,000, but we’ll get to that later.

Let’s take a look at this investment from the scant information we have. We will assume it was held for a full five years, and that the transaction costs (agent fees, interest costs, body corporate fees, insurance, tax) were zero. Highly unrealistic, admittedly. How well did our property investor fare during this time?

Sixty grand sounds like a good wad of money. Who’d complain if someone handed them that kind of money? But would you complain if we took a quick look at one type of alternative investment during the same time period?

An investment in the Australian stock market over the same period could have resulted in a very different outcome. Instead of the $60,000 gross profit, our star property investor could have achieved $341,500 by buying the S&P/ASX 200 Index via an ETF. Here are the numbers:

The total stock market return, including dividends was over 46% during the same period that our property investor made around 8%. Not only that, and although we’ve ignored them in this example, the holdings costs would have been much lower. Even better, had our investor needed some cash during the five years of the investment, she could have sold a small parcel of her ETF and had the money within two days. Try selling half a loungeroom in an apartment. So our sharemarket investment had a better return plus the benefits of liquidity. This is a huge advantage that the sharemarket has over property.

The apartment achieved a return just over the cash rate for the period it was owned. It may be that she could have achieved a better return, after all costs, just by putting her money in the bank.

As I always say, it’s not fair to speak of return without reference to risk. It’s reasonable to say that the sharemarket carries more risk than property. Sharemarket prices can jump around a lot more than property, especially property in Australian capital cities. But to my mind the liquidity benefits of shares outweigh the risks compared to property speculation.

Readers of TMQ should be sceptical of headlines showing big returns to celebrity investors. Be especially wary of articles where the writers have an interest in pumping up their own market (whether it’s property, shares or any other investment). Don’t always believe the hype.

Join 907 other subscribers
Follow The Money Question on WordPress.com