We like to think they we’re rational. We don’t do stupid things. All of our choices are firmly anchored in reason and based on our intelligence. None of us would deliberately make a decision that was detrimental to our wellbeing. And when it comes to making decisions to do with money we’re even more careful. Or are we?

The (Wo)man with two brains 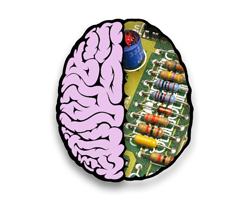 No matter how rational and logical we think we are, our brains are often quietly conspiring against us and bringing emotion and irrationality into our everyday decisions. So while we can delude ourselves into thinking that our logical selves are in control our emotions can cloud our judgement and bring about some unwelcome results. It’s especially true when it comes to investing, and because the outcome of investing can be evaluated daily (we can check share and other asset prices every day), emotional biases can be felt in real time. Let’s now take a look at some of the emotional tricks our brains can play on us and how they can affect our lives and our investments.

Regret is the basis of many of our emotional responses. We hate the feeling of a bad outcome or missing out on an opportunity. What’s even harder to bear is that we hate it even more when we made a conscious decision: when we make an investment decision that turns out badly we feel worse than if we forgo a decision that would have worked out well. We hope to minimise the number of times we feel regret, and this can lead us to making other bad decisions. Our desire to avoid losses can lead to unintended outcomes, as can our fear of missing out on a good deal.

Loss aversion comes in an interesting form that has been called The Disposition Effect. This manifests itself in human behaviour where we appear to give more weight to a loss than to the equivalent gain: the pain of a $100 loss outweighs the joy of a $100 gain. It’s our disposition to hate losses more than we love gains that drives much of our behaviour, as we discuss below.

“Nobody makes a loss taking a profit” might sound good but it’s playing into the hands of regret aversion. We like banking a gain, but often resort to wishful thinking when faced with an investment that has lost money: “its going to turn around”. We’d rather hold onto the hope that a losing position could recover than to crystallise the loss by selling it. This usually leads to more regret aversion as it falls further. But selling that winner might not have been the best thing to do as it may rise further (more regret) and it will realise a capital gain which is going to bring about some tax payment. A much more helpful strategy would be to have a hard limit on losing positions (say, a 10% down limit) at which point they are sold. It sure beats getting out at an 80% loss.

People often hold their investments in separate “mental accounts” rather than looking at their portfolio as a whole. We have a tendency to look at the performance of individual investments (Stock A is down 15%, Stock B is up 8%) and make decisions on them separately rather than looking at our total wealth. It can also lead people, especially those who like the casino, to remember their wins more than their losses.

This is a well-established bias in which someone’s subjective confidence in their judgements and abilities is greater than the objective accuracy of them. We all think we’re better-than-average drivers; smokers think that cancer won’t happen to them; we think we can pick investments that will do well. It’s even suggested that overconfidence comes from an inability to notice that we have no factual grounds for our confidence in the first place, a phenomenon known as the Dunning-Kruger effect.

We tend to search for or interpret information in the way that confirms our existing beliefs; I mean, who hasn’t kept searching the internet until we find the one website that agrees with us? When people would like a certain idea to be true, they end up believing that it is true. We are motivated by wishful thinking and seek information that confirms our hopes.

Our brains prefer to be lazy

Our brains are wired to prefer to take the easy way out, rather than to have to resort to complex thought. We’d rather jump to a “gut feeling” conclusion than take the time to  rationally analyse a situation. This may stem from some basic evolutionary traits — it’s better to run away from a snake than to take the time to consider whether or not it’s venomous. But it may also be that our brains are lazy.

When given a wide range of choices there’s a tendency for humans to be paralysed by indecision. We’re just not able to be sure that we’re choosing well when there are too many options. It might be easier to select a super fund investment blend if there were only a few rather than the hundreds on offer. This can also result in what’s called status quo bias where we’d rather just stick with what we’ve got than go through the process of evaluation and decision-making.

Another mental short cut is called availability bias. When information is easily obtained, or handed to us, we have a tendency to overestimate its value. A classic example when markets are on an exuberant bull run is that taxi drivers begin giving stock market tips. It’s no effort to take your driver’s word for it, especially when he tells you he overheard some stockbrokers talking in the back seat. This one can also be helped along by another shortcut called representativeness bias. This is when we attribute the characteristics of one member of a class to all the other members. If we think that one internet investment has been a stellar performer we tend to think that all of them will perform as well. This was especially prevalent during the dot com boom when just about any internet-based company was deemed successful. Sadly this proved not to be the case.

Pretty much every human investing foible is visible in the Bitcoin (BTC) bubble. For quite a few years from its launch in 2009 the Bitcoin price didn’t do anything very exciting, but in late 2017 it rocketed to over $18,000 only to drop nearly 70% just a few months later. I’ve added some labels to the Bitcoin price chart below to explain the possible psychology of an investor at each point in this boom/bust cycle.

Point A: After a quickly-accelerating run up to around $8,000 BTC started making the mainstream news. This is where the fear of missing out takes hold and word starts getting around. It seems like a good idea, but status quo bias keeps you from acting while you work on reading stories to feed your confirmation bias while you battle the regret aversion you’re feeling for not buying in earlier.

Point B: Oh no! You really should have bought some. Jump in now. You’ve read enough confirming stories to feed your overconfidence bias, so you know it’s the right thing to do. Other cryptocurrencies are also rising so the representativeness bias feeds your knowledge that you’re on to a good thing. Some Dutch guy sold his house and put it all into Bitcoin and he’s doubled his money already.

Point C: OK, so it peaked and has dipped a bit but you’re not going to get out now and lock in a loss (must avoid that regret). After all this thing could take off again. Hang on and wait (and hope).

Point D: See? You we’re right! Up it goes again. You’re feeling even more confident now. A Uber driver told you that one of his clients was talking about BTC and the podcast he listens to as he drives says crypto is the new currency. Your intuition is confirmed!

Point E: It’s fallen a bit but we’ve been here before, just a few weeks ago. The Dunning-Kruger effect helps you to know that you’re a good trader and your loss aversion won’t let you sell. And anyway, it’s only down a little from the price you bought in.

Point F: You really can’t sell now and lock in a 50% loss. The confirming news stories all say that BTC will rise again (the non-confirming stories paint an entirely different picture, but why read those?). You now actively seek information that will confirm your wishful thinking for BTC.

Point G: Reality bites, hard. BTC seems to have done its run. The news stories aren’t quite as positive as they once were; some regulators are talking about getting involved. Your regret is running high. The confirming news isn’t so prevalent, no matter how much you Google for it. You’ve done over half your money on BTC but ignoring how well your other investments might be doing. You’re wrestling with the decision whether to get out or stick to it. Can you retrospectively legitimise your BTC gamble by reclassifying it as a “long-term hold”?

The price does start to go up a bit but eventually it runs out of steam. It’s been an emotional rollercoaster but maybe you’ve learned a lesson: a lesson in your own human nature.

So how do we avoid these apparently unavoidable human foibles? The Greek quote at the beginning of this post — Gnōthi seauton — translates to know yourself. That’s good advice and, though it’s centuries old, it’s still applicable today.

The great philosopher, Socrates, lived by this maxim and it’s a worthy goal for all of us. While we may have the illusion that we are in control of our thinking, some very subtle forces are at play whenever we choose to make a decision. When money is involved these forces can become even stronger. It’s like we have two brains: one which makes carefully analysed decisions and another which would rather jump to easy conclusions and is subject to a number of biases and inconsistencies. One side of our brain is trying to make you rich while the other side seems determined to prevent it.

Getting to know yourself and coming to an understanding of your own shortcomings might help in achieving your investment objectives. Learn to think objectively; practice careful analysis; try to avoid jumping to conclusions; consider a wide range of options before making decisions.

In short: know yourself.