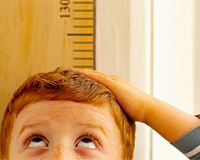 Have you got a Fitbit, or know someone who has? It seems that everywhere I look people are tracking their steps or their heart rate or their calories or their sleep. That little wrist band device has become very common. It might not surprise you, then, to know that between 2013 and 2017 Fitbit sold over 65 million units worldwide. And why? Because people love to measure things, and measure themselves in particular. We measure things against some reference point so we know if we’re making progress or not. Have I walked further this week than last week? How many steps is it between home and the bus stop? Did I burn off that donut today? We like to know how we’re faring. It’s a naturally inquisitive thing to do.

We like to measure the investment markets, too. Have my shares gone up or down? Has my superannuation balance improved this year? Fund managers, of course, like to report their performance over different periods whether that’s monthly, quarterly, annually, or longer periods of time such as 3, 5 or 7 years. But you may have also noticed that fund managers and super funds like to measure their performance relative to an external measure, or benchmark. This lets them and their investors know how they are performing in comparison to an independent measure to which their fund’s performance can be related. Listed below are just a few of the many domestic and global benchmarks that are used to compare fund manager performance.

These benchmarks, or indices, are most often calculated by an independent organisation which has developed rules for how the index will be calculated and its performance measured. A fund manager will choose an index that most closely matches the style of the fund that they manage. As an example, an Australian shares fund may use the S&P/ASX 200 as its benchmark. An investment in that fund will share many of the characteristics of the chosen benchmark. It’s the benchmark which should guide your choice of investment, as it’s a guide to the investment exposures you’ll be taking on.

Differences between Active and Passive

The objective of a passive fund is to almost exactly replicate the returns of the benchmark it’s being measured against. To achieve this, the manager of the fund will try to keep the shares held in the portfolio at very close to the same proportions as they are in the index. In this way the fund will perform almost in-line with the index’s return (subject to to fees, taxes and the treatment of dividends for tax purposes); so closely that it’s pretty much a given that the fund will perform just like the index. Therefore if you invest in an index fund on the basis that the index being used is suitable for your investment objectives then you won’t be surprised by the fund’s performance.

As an example of these differences we can look at the S&P/ASX 200 index. A passively-managed fund which is benchmarked to this index will hold all of the 200 companies in the index at or close to their proportions in the index. The index, then, is a good measure of the exposures and potential return of the passive fund. An active fund may choose to hold around only 60 of the companies in the index, in the hope that these shares will perform better than the benchmark. That means that the manager could be holding shares that over-represent individual companies or whole industries as compared to the benchmark. The additional risk that this introduces to the fund can result in the fund’s performance being much higher or much lower than the benchmark.

Choose the right measure for your investments

As you can see it’s important to choose the right measure for your investments as it’s the choice of benchmark that — no matter whether you choose active or passive styles —  affects the magnitude of the return you can expect. Choose broad-market benchmarks if you want broad-market exposure, whether domestic or international; choose a narrower focus if you want to select a bias to small companies, single countries or even single sectors. The choice is very wide and the vehicles available can offer tailored investment exposures to almost any market (for a fee, of course).

Coming back to our Fitbit, when you look at your statistics you are comparing your daily data with yourself from previous days. You’re not comparing your own performance to someone else. You’d not be too happy if your daily exercise was ranked against an Olympian, but you’d look fantastic compared with a sedentary person who’s 20 years your senior. That’s how it is with benchmarks: you’re comparing the performance of a fund with similar characteristics to the benchmark. But these comparisons can be misleading depending on how they’re represented. Most funds like to compare their performance to the benchmark by quoting the difference in return: the outperformance. It can look good when presented with numbers such as those shown below:

Now look at these numbers:

The choice of benchmark is an important step in building an investment portfolio. It will define the broad investment exposures you will take on and it will be a guide to the returns you can expect in the future. A benchmark may be a good way of monitoring the ability of your fund manager but, it’s just one input into a well-crafted investment plan. If you choose your benchmark well you can spend more time with your Fitbit. Your health is a much more important thing to monitor.